It a little soon to be choosing my favouite event of 2012 but MonkiGras London is going to be a hard act to follow.

Monkigras London had such a diverse range of topics, a great line up of speakers, great party games and a host who had so much passion and enthusiasm share. It certainly was the most thrilling of conferences to experience. Here are the parts that stood out the most.

Idea behind the conference

The core idea is to examine how the social network is changing technology adoption, development and management.

_For over a decade now agile has shown the benefits of putting people first and now businesses neglect their people at their own peril as they are the New Kingmakers. From agile to devops to distributed version control systems (DVCS) to bottom up platform adoption to social analytics and Big Data, practitioners are making the difference in differentiating, and differentiated businesses.

You can see examples of the social influence on software development in some very prominent projects.

Github social network changed Git from being an obscure project to a major tool for open source and community driven software development. It allowed anyone to easily fork and contribute patches to your project.

Twitter has long been a great place to discover fresh and articles and thoughts that help define where the software industry is going. 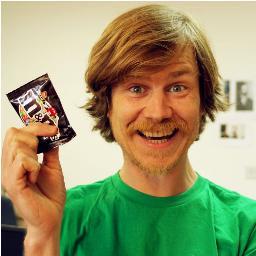 James Govenor and RedMonk stated a few years back that Open Source is an implementation of the Social Networking pattern. Nothing in the intervening time has served to change James’ view.

Much of that thinking has to be credited to Tim O’Reilly, especially when defining that the successful Web platforms are Architectures of Participation as long ago as 2004. As usual Tim was about almost a decade ahead of the rest of us. For example, Github has become so effective as the collaboration tool for developers, some people question whether open source governance is even necessary any more. See Apache considered harmful.

The Craft of Software and Beer

The commodidtisation of software and beer has left a bad taste in the mouth of those who care about quality product and great user experience. There has been a craft beer making industry for a long time in the UK but it is only recently that this has really ramped up, with craft brewerys poping up all over.

The same can be said of the software development industry, best seen in the increasingly active startup community in the UK. An examplar of this is the activity around Silicon Roundabout.

The Value of Gamification 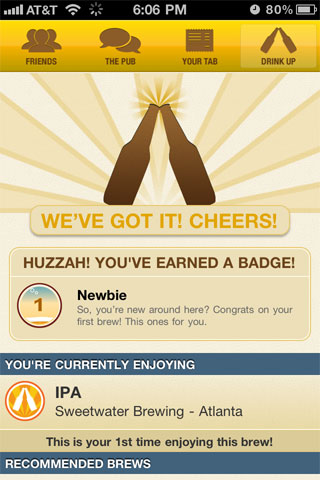 Untapped is the beer check-in app and official social network of Monktoberfest.

The main aspect of Matt’s talk was the value you can gain from Gamification. People have a compulsion to compete with others and when its done in a positive way then its a great way to build a community around products and services.

Releasing a badge on untappd caused a huge spice in consumption for one particular beer and that beer kept a 30% increase in consumption after the initial peak. People tried the beer and got the badge but also built an affinity to the product so kept on buying it even though it was of higher price than other similar products.

People building a brand are annoying

Matt talked about being an actual person when you interact with people, especially when you are online. Being a real person on line is much smarter than investing a large effort in building a personal brand that is often seen less than credible or light weight.

Doing things and sharing quality information that has value to you helps you enhance your online persona and comes across as much more genuine that a strategy around a brand. 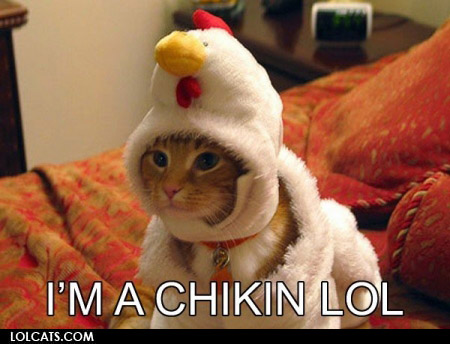 Digital breadcrumbs that developers are leaving are fascinatingThere is still a big disconnect between what IT decision makers think is being use, what developers want to use and what is actually being used. These three view points are not even close.

This is compounded by decision makers ask questions questions at the wrong level, such as “how many mysql server are being used”. Whilst it may be easy to see how many are in production supporting your visible apps, its impossible to say accurately about any other uses.

Decision makers also want to avoid risk by playing safe, asking “who are the big Linux players” so we can be safe in their hands. This leads to missed opportunities to review other rewards by looking at valuable services from Ubuntu and Canonical.

As Redmonk are only a small company they can therefore only collect a relatively small amount of data, so they went out and got other peoples data. By others collaborating with a range of organisations and communities, everyone could benefit from a wider picture of what was happening in the industry.

There are three stages to data analysis

What does this mean specifically

Watching data over a period of time destroys all the other data. RedMonk put this trend data to work and feedback something meaningful.

A simple example is looking at trends such as most popular languages on Github.

You can also see the causal effect happing in the industry when you relate pieced of data together:

Amazon releases their cloud service, EC2 and the cost of startups starts to go down.

LinkedIn - user group growth - helps see patters and when they are from a number of disperate sources then it is possible to infer meaningful conclusions.

Redmonk provide analytics open data that you can use to help find some meaninful understanding. Data is your friend!!!

A CTO should set the technical culture of the orgainsation

The VP of engineering is responsible for the relaity of every day.

Innovation should be forstered from everyone in the organisation and the CTO and VP of engineering should work together to make that happen.

Its hard to have new software development project that does not have a social aspect. Applications have become liberated by social network connectivity and add to the collective experience of those networks its connected to.

Git was a neiche code management tool used only on a few projects, althought most notibly used for the Linux kernel. It was not until Gitourious and GitHub arrived on the scene that social coding really started to change to that stiuation. Now it seems strange for developers to not share their code and get feedback from a wider community than their colleages at work.

Twitter never really grabbed my attention until I saw TweetDeck. Not only was TweetDeck a silicon roundabout success story, for myself it produced a product that turned a simple message sharing website into an amazing technical research tool.

Grady_booch: Every line of code written has a social responsibility

Alongside the rise of craft and social approaches to software development, we’re also currently seeing a resurgence in craft brewing in the UK, and even cross-brewery beer collaborations from folks like The Kernel in Southwark and the Mikkeller in Copenhagen (hopefully we’ll see them on the day, too.

Thank you and see you at the next Monkigras.