Emacs is a really powerful tool for Clojure development, although without a guiding hand it can be a bit of a learning curve. Using the Emacs Live its really simple to get a fully featured development environment for Clojure. I will show you how to get Emacs Live installed and how to start using it for Clojure.

I also recommend using EmacsForOSX if you are on a Mac. 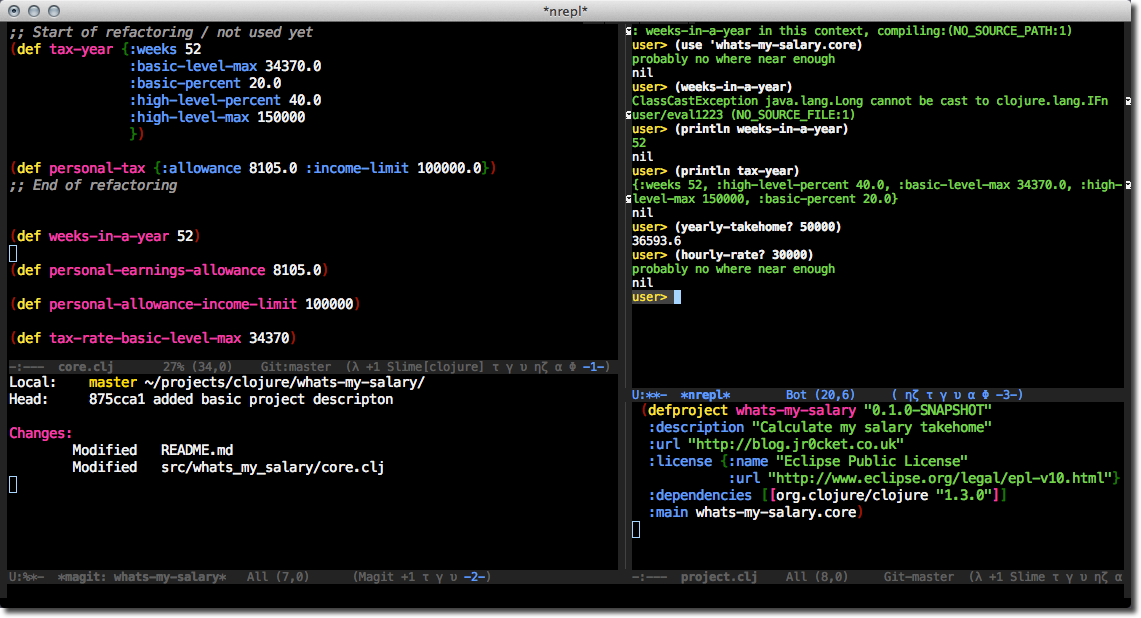 Emacs Live is a collection of packages for Clojure that include:

Emacs Live required Emacs 24 or greater, everything else is self contained.

You could just clone the github repository, but the provided install script makes sure everything is set up correctly and also creates a separate folder for your own personal settings. This allows you to tweak Emacs Live to your own style without it getting clobbered by any updates.

Run the following in a terminal window (Mac or Linux):

Before anything is installed, the script will move any old Emacs configuration to ~/.emacs.d to a folder called ~/.emacs.d-old.

Once all the Emacs Live configuration files are installed, the script asks you if you want to create your own personal configuration. If so, a new folder will be created called
~/.live-packs/your-current-username-pack.

How to tweak Emacs Live

Alternatively, you can learn to love the Emacs Live bindings, or tweak a few in your own personal pack. I have added a keybinding for launching the Clojure repl and a pair of key bindings for changing the font size, making it easier to change fonts when giving a demo.

To make the change in my personal pack, I added the following to the file ~/.live-packs/jstevenson-pack/config/bindings.el

To keep your init.el file easy to work with, larger customisations can be defined in their own .el files under the config diretory. Then simply add a line to load in these config files in the file ~/.live-packs/jstevenson-pack/config/init.el 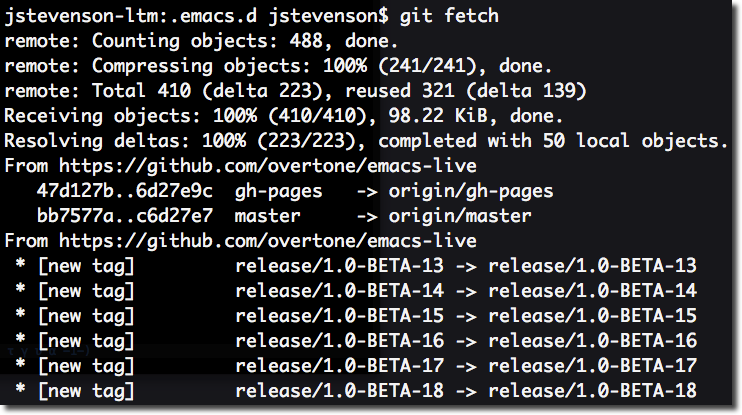 From inside your ~/.emacs.d folder you can simple do a git pull when you know there is an update (notices are posted to the Emacs Live Google group).

If you want to know if you are on the latest version or how many versions you are behind, you can use git fetch to get all the latest changes without applying them. The output of git fetch will list any versions that have been created since you installed. 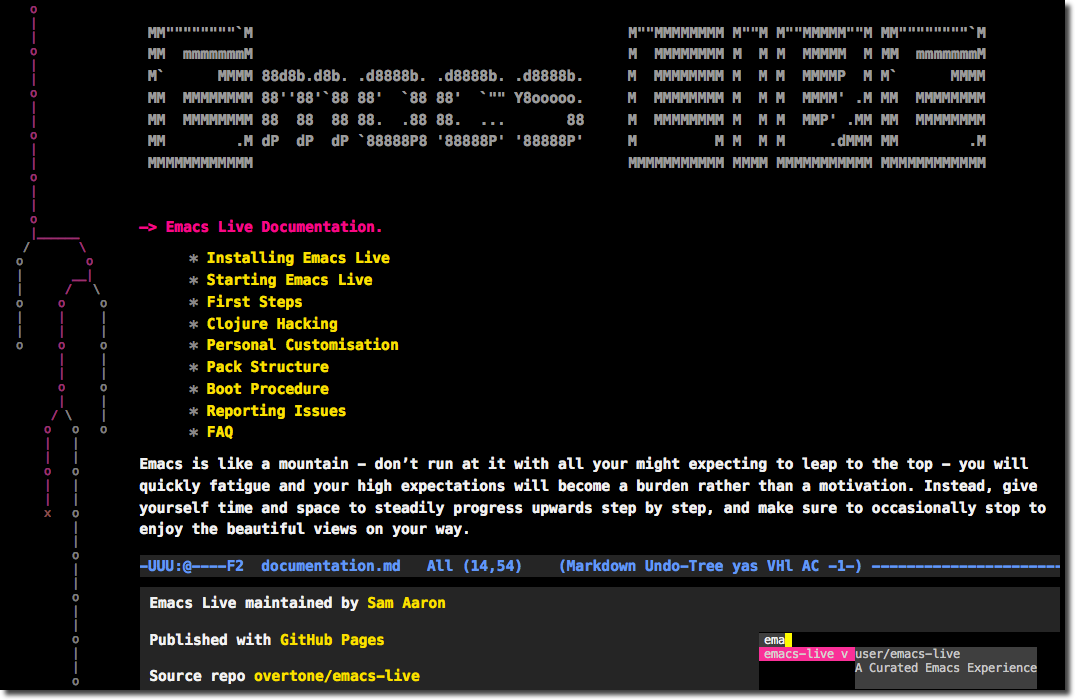 For a developer new to Emacs and Clojure development, getting a great environment to work in is easy. Learning how to use that environment well will take practice, but this is the case with any tools. Muscle memory will kick in pretty quickly, so the more you use Emacs the more natural it will feel.