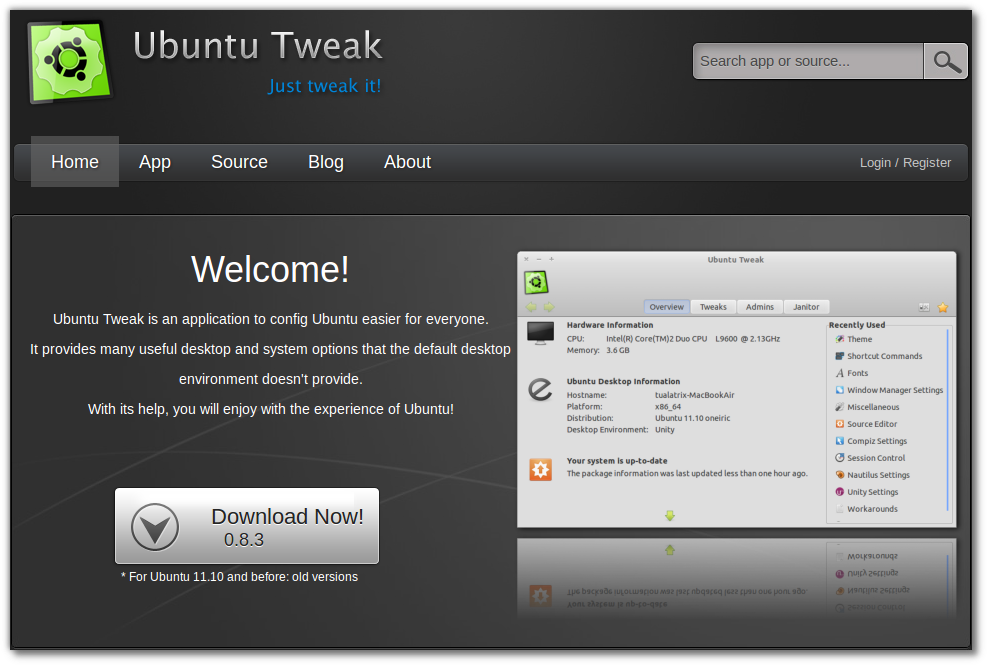 There are a few little tweaks that I find make using http://www.ubuntu.com desktop just that little bit nicer. The easiest way I have found to make these changes is using Ubuntu Tweak.

The easiest way is to go to the Ubuntu Tweak website and click on the Download Now button. This asks you to save a .deb file. Double clicking on this .deb file opens the Ubuntu software center and lets you install the software and any depenencies.

Having used a MacBook Pro for work for the last 6 months I got used to the reversed way of scrolling, introduced to make desktops scroll like tablets. After a few weeks I grew to like this “reversed” scrolling so wanted it for the new laptop.

In the next version of Ubuntu, 13.04, this reversed scrolling is called Natural Scrolling. For Ubuntu 12.04 it can be switched on using Ubuntu Tweak in the section Tweaks > Accessories 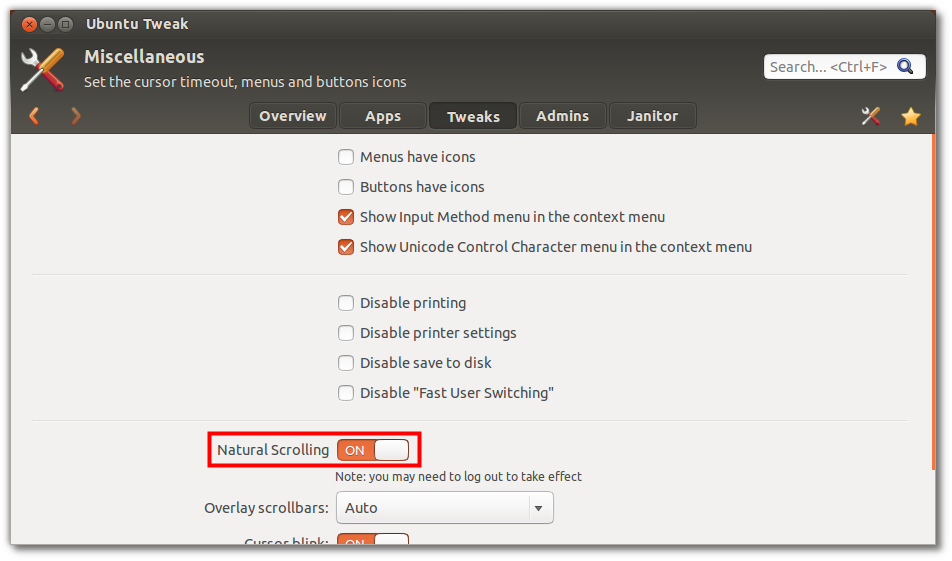 I usually like to have one application running per desktop and often have quite a few apps running at any one time. Whilst Ubuntu has 4 virtual desktops by default, I prefer to go one level bigger and have 9. Again this is easily done with Ubuntu Tweak in section Tweaks > Workspaces. 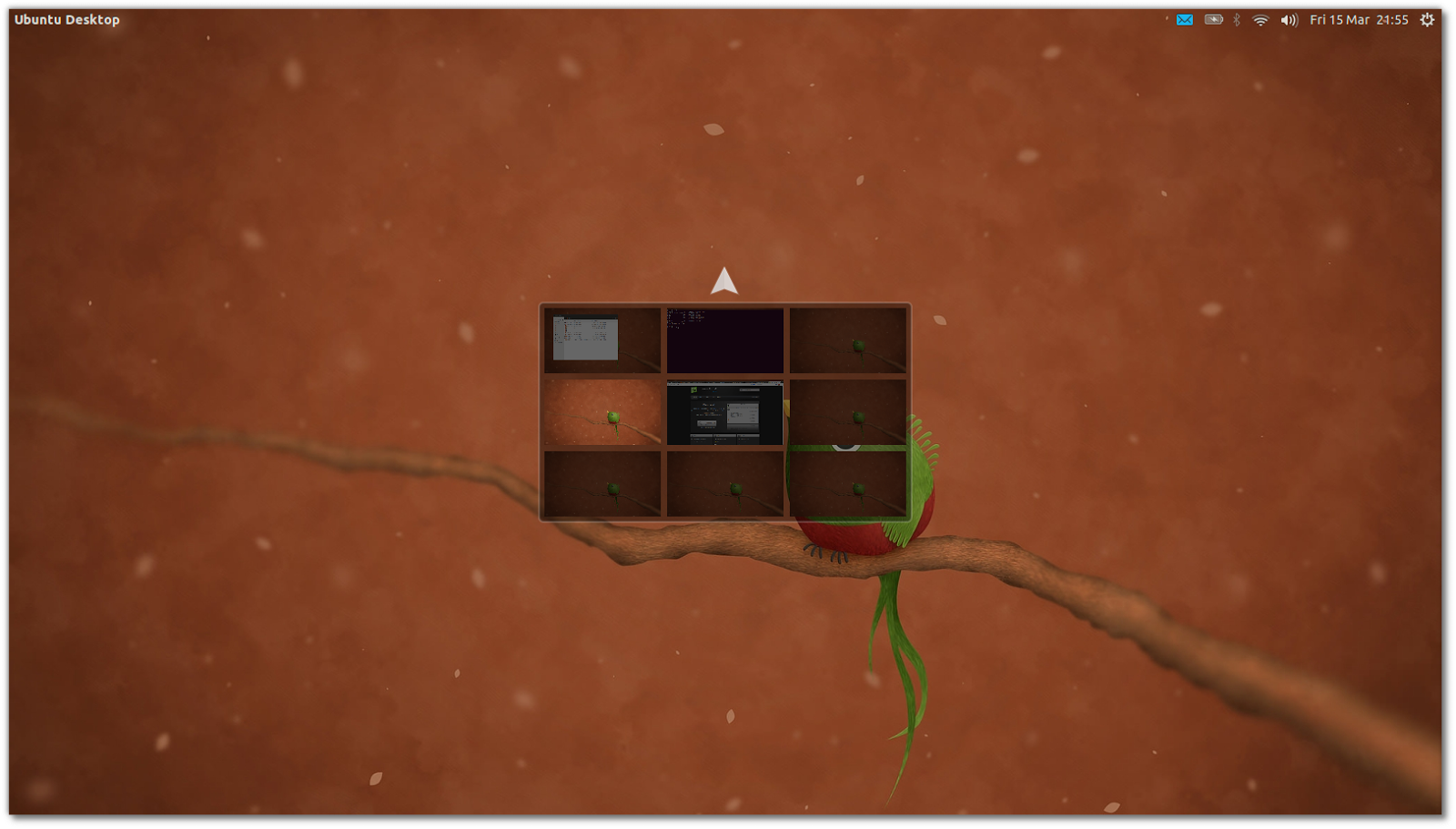 With nine virtual desktops I can now get going with some coding, once I have set up my development environments. That will be in the next post.