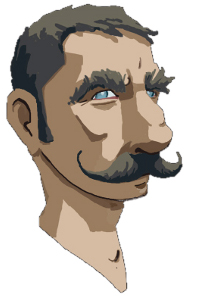 The defproject macro when run creates a simple map of your project to work with.  Here is an example map for my project, generated by the command 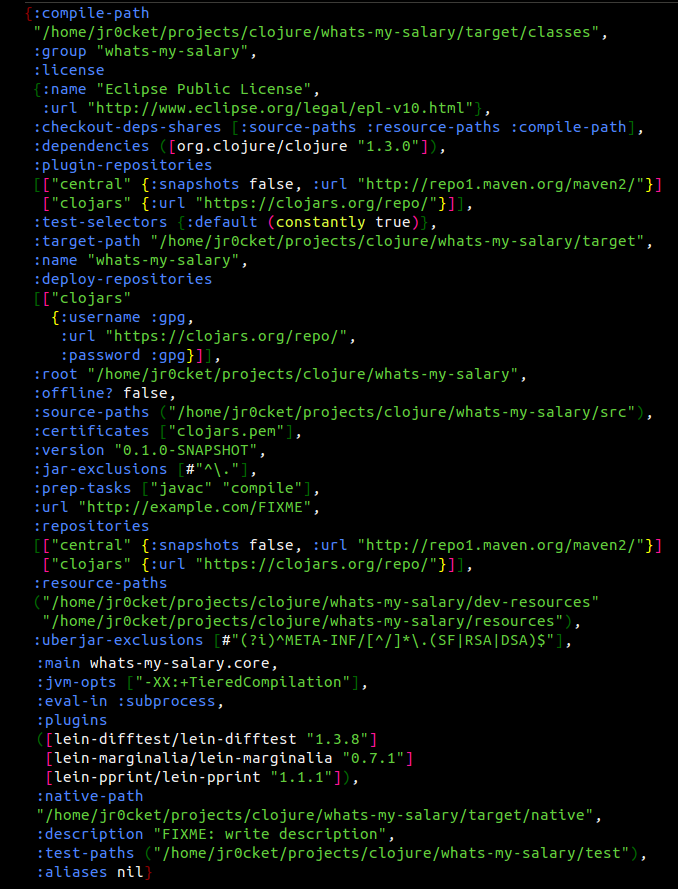 If you add something to your project.clj file and wonder what is has changed underneath, then looking at the project map is very useful.

Using the project map to understand what dependencies you have pulled in could be a great way to streamline your project, or help debug it if something when wrong after adding a new dependency.

Leiningen also merges your profile configuration ~/.lein/profiles.clj along with your project.clj settings when creating the project map.  This can be seen in the above example.  Near the end of the file is a :plugins keyword, the following 3 lines are plugins I defined in my profile.  Leiningen will work out the smartest way to merge your profile.clj and project.clj. If in doubt, you can check the project map.

Here is the source code for the defproject macro:

You can also see the source code of the defproject macro in context of the Leingingen project at its Github repository.